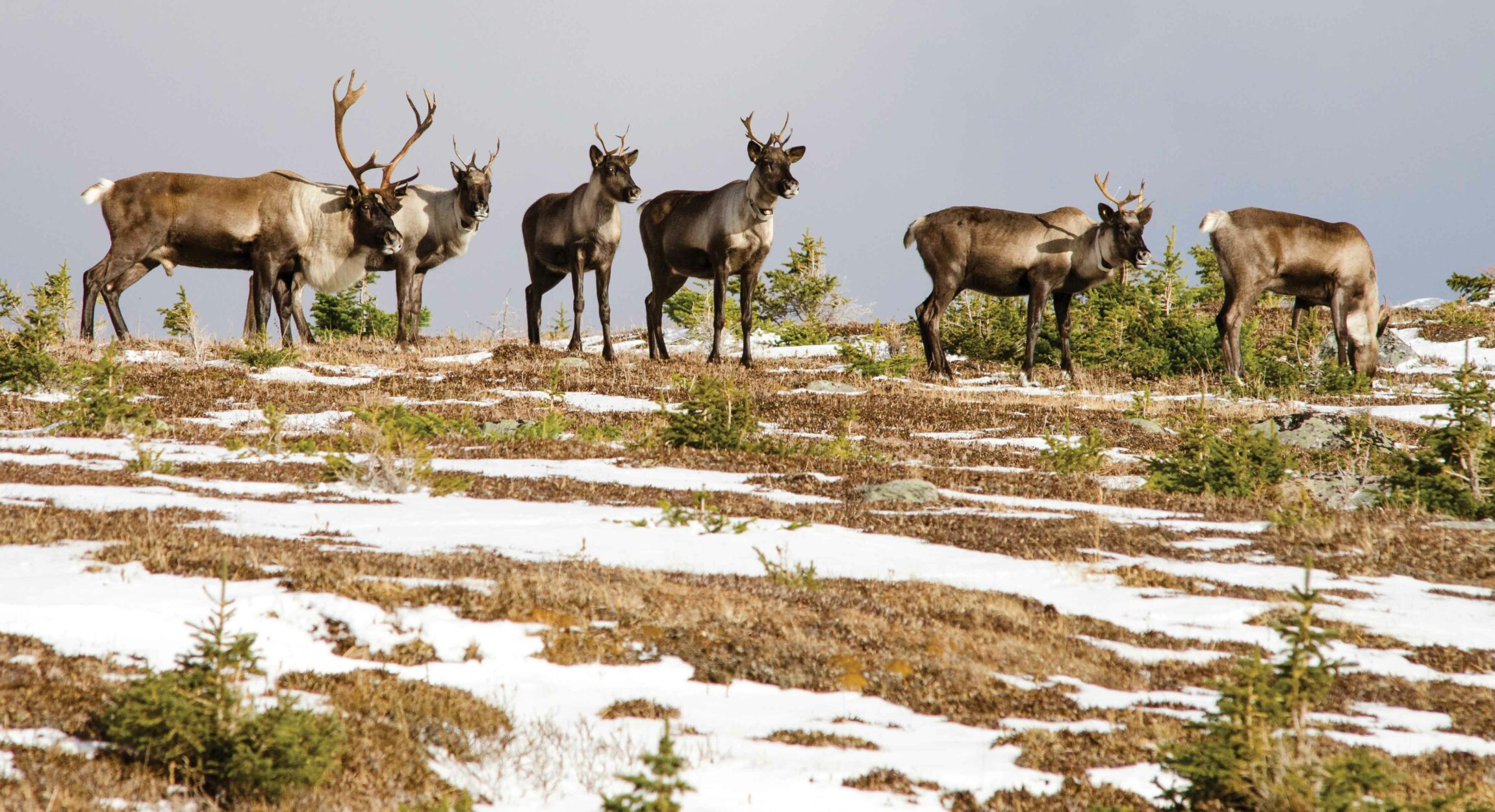 Woodland caribou have been part of the mountain landscape for a very long time. A caribou antler recently found in the ice in Jasper National Park dates back 1300 years. Today, the woodland caribou face the threat of extirpation, or local extinction.

The plight of the woodland caribou began with early Parks Canada practices that valued a high number of prey animals with low predators. More elk were introduced and wolves were culled, creating an imbalance in the natural predator-prey ebb and flow. When Parks realized they needed to end their intervention to return balance, the wolf population surged.

This affected the over-populated elk, but it also sent the wolves searching for food in areas they previously didn’t reach, including the high ranges where the caribou lived. Caribou are not as resilient as elk, and they did not have enough numbers to withstand the wolves. Their populations declined drastically and now their survival is threatened in this area.

“In the winter, caribou tend to live in higher elevations. It’s a way to protect themselves and ensure that wolves don’t get access.” -Jean François Bisaillon, project manager for Jasper Caribou Recovery Program

Of the five caribou herds that used to live in Jasper National Park, only three remain. The Tonquin and Brazeau herds are unable to recover naturally while the À la Pêche herd, which ventures in and out of the park, has stabilized and is growing.

Parks Canada, in conjunction with Indigenous partners, scientists, researchers, and the provinces of Alberta and British Columbia, are trying to create a strategy to save the Jasper caribou, and possibly reseed the herds that have disappeared. They are looking at a captive breeding and soft release program that could save the species from extirpation.

In order to thrive, caribou need to live in the right conditions, such as those found in the mountains of Jasper. They need a herd to teach them skills like foraging for food and avoiding danger. Most importantly, they need to be away from predation.

So what can you do to help? Research and respect all trail closures. Trails that lead to caribou territory are closed to prevent visitors from packing down snow and allowing wolves to venture up to the herds. Keep dogs on a leash at all times and if you do happen to see a caribou, keep your distance and report it to Jasper dispatch.

To learn more about caribou in Jasper National Park and the proposed plan to save them, visit parkscanada.gc.ca/caribou-jasper.