Freeriding in Golden BC: From secret stash to international mecca 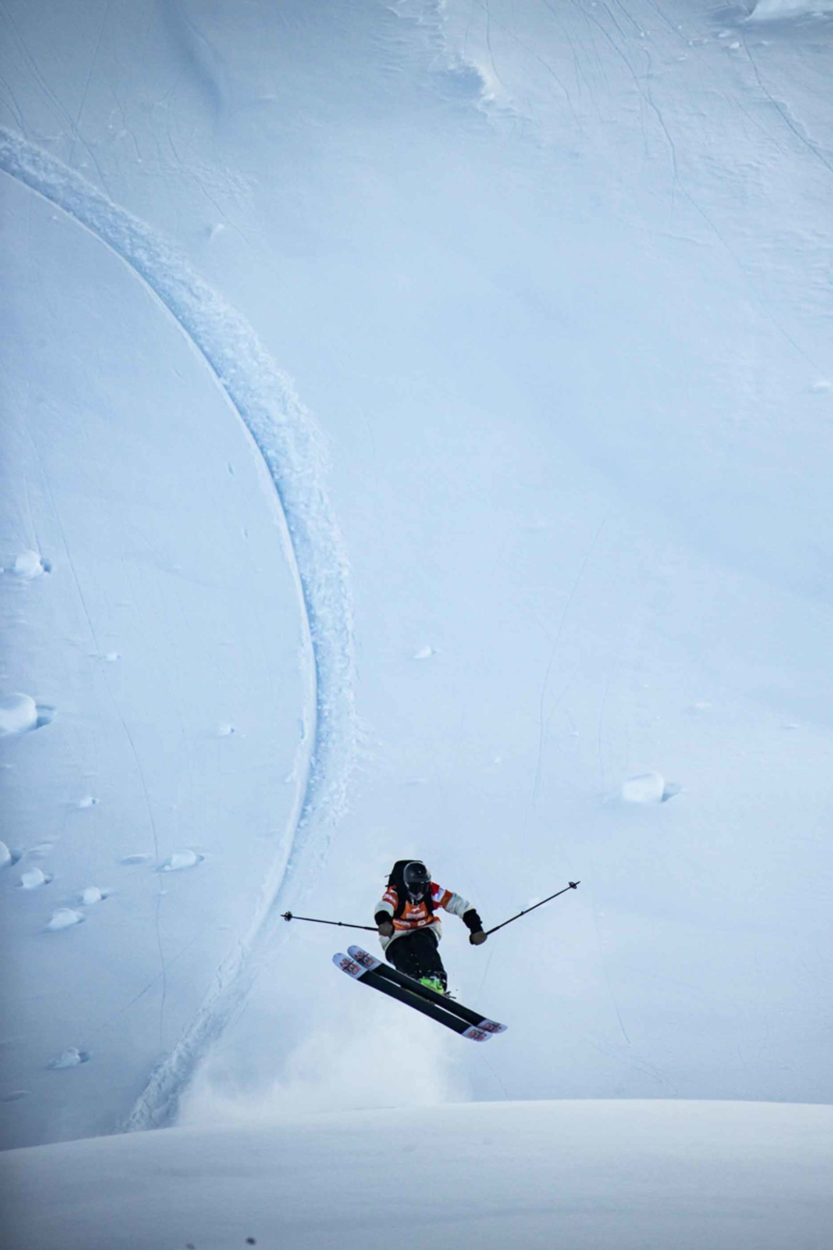 The art of freeriding is the combination of creativity and athleticism, compelled by a constant desire to progress. It involves a passion for extreme, big mountain terrain and a drive to always try something new, something different, something better. It stems from a desire to exist in the mountains and a never-ending craving to always improve and push the limits of what skiers and snowboarders are able to accomplish. It’s a sport, but it’s so much more than that. It’s an expression of individuality. 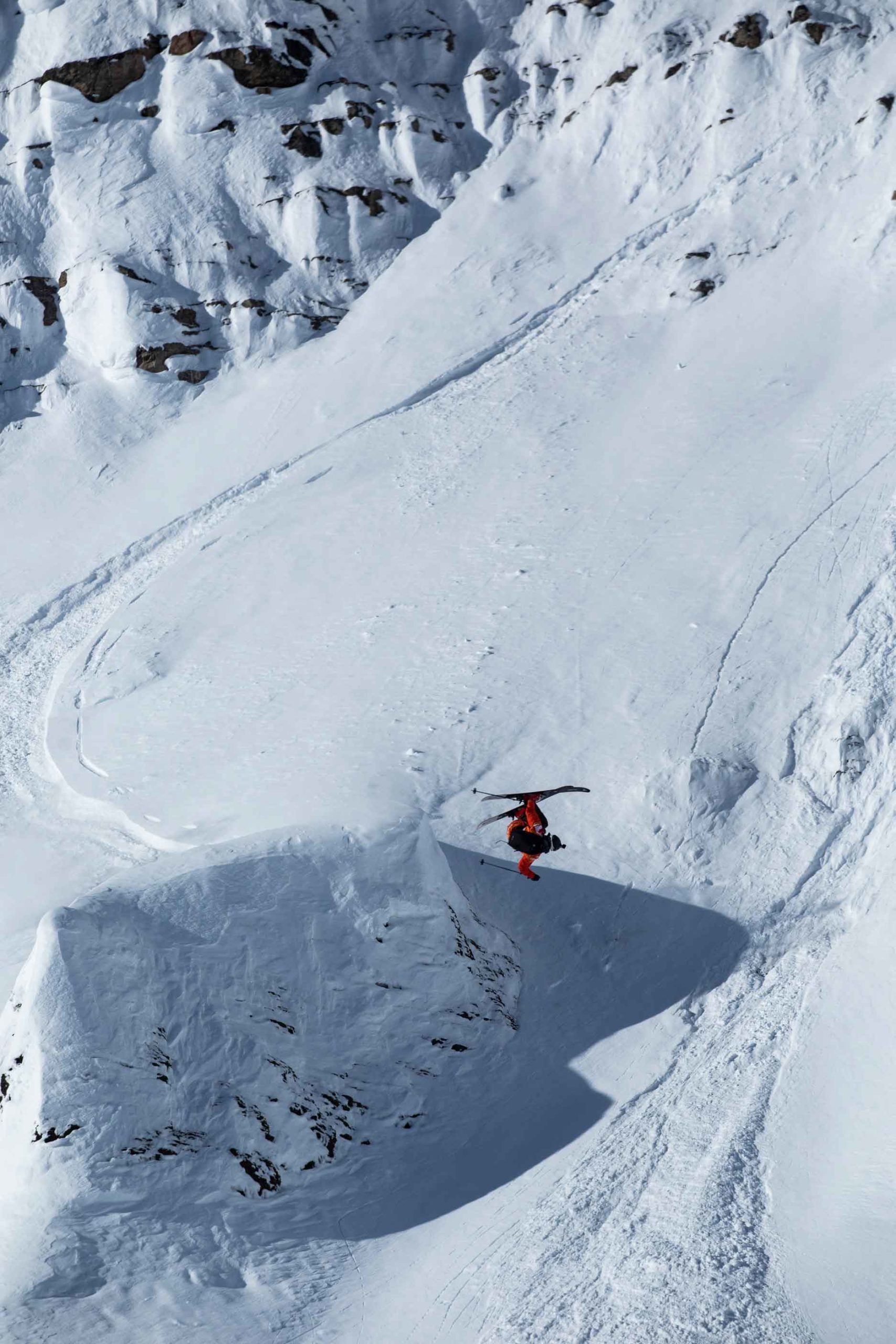 Freeriding isn’t new. It’s commonly recognized as an extreme style of skiing or snowboarding featured in movies. Recently, it has gained popularity through a quickly growing series of competitions that draw interest to the sport. The Freeride Junior Tour, Freeride World Qualifiers and the Freeride World Tour are a series of events endorsed by the International Freeskiers and Snowboarders Association. They're hosted by some of the top ski resorts in the world. These events promote the competitive aspect of the sport, while still chasing that athlete-driven freedom of freeriding.

For the third year in a row, Kicking Horse Mountain Resort in Golden, BC will host the prestigious Freeride World Tour at the only event in North America. Kicking Horse is known for its steep alpine environment with lots of terrain features that make it perfect for freeriding. 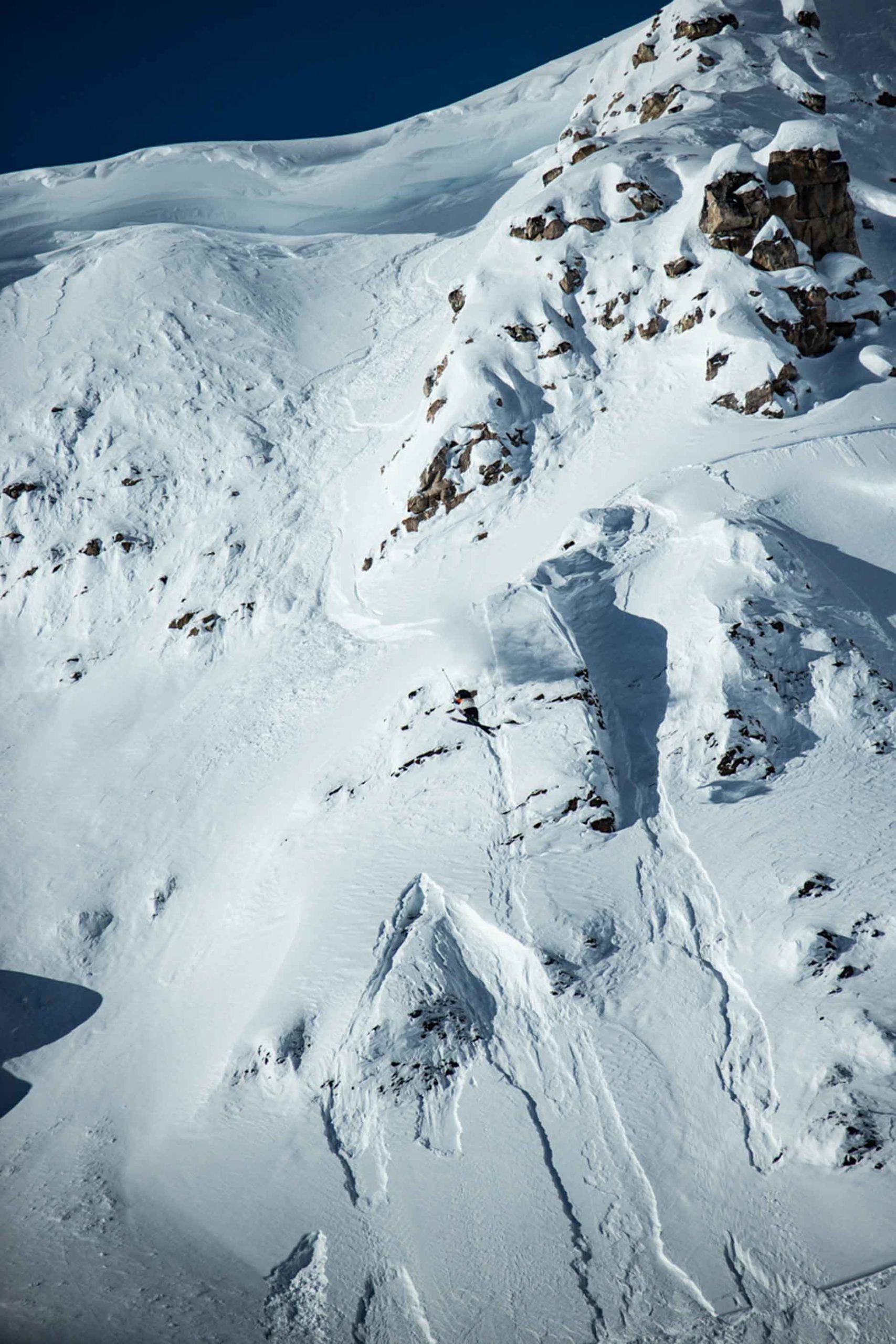 Before becoming the host of freeriding competitions, Golden was a secret stash of big mountain terrain. Not only were there steep, alpine pitches with rocks, cliffs and other features, but the terrain was relatively easy to access from the ski resort. Rather than hiring a heli-ski operation, or hiking long distances into the backcountry, Golden provided big mountain faces that were accessible from the top of Kicking Horse’s lifts. With the addition of a relatively short hike, world class terrain with beautiful champagne powder could be accessed by anyone with the desire to take it on.

“Kicking Horse is the ultimate freeride mountain,” says Nicole Kelly, professional snowboarder and former Freeride World Tour competitor who learned the sport in Golden, “That’s where you want to be for big mountain riding.” 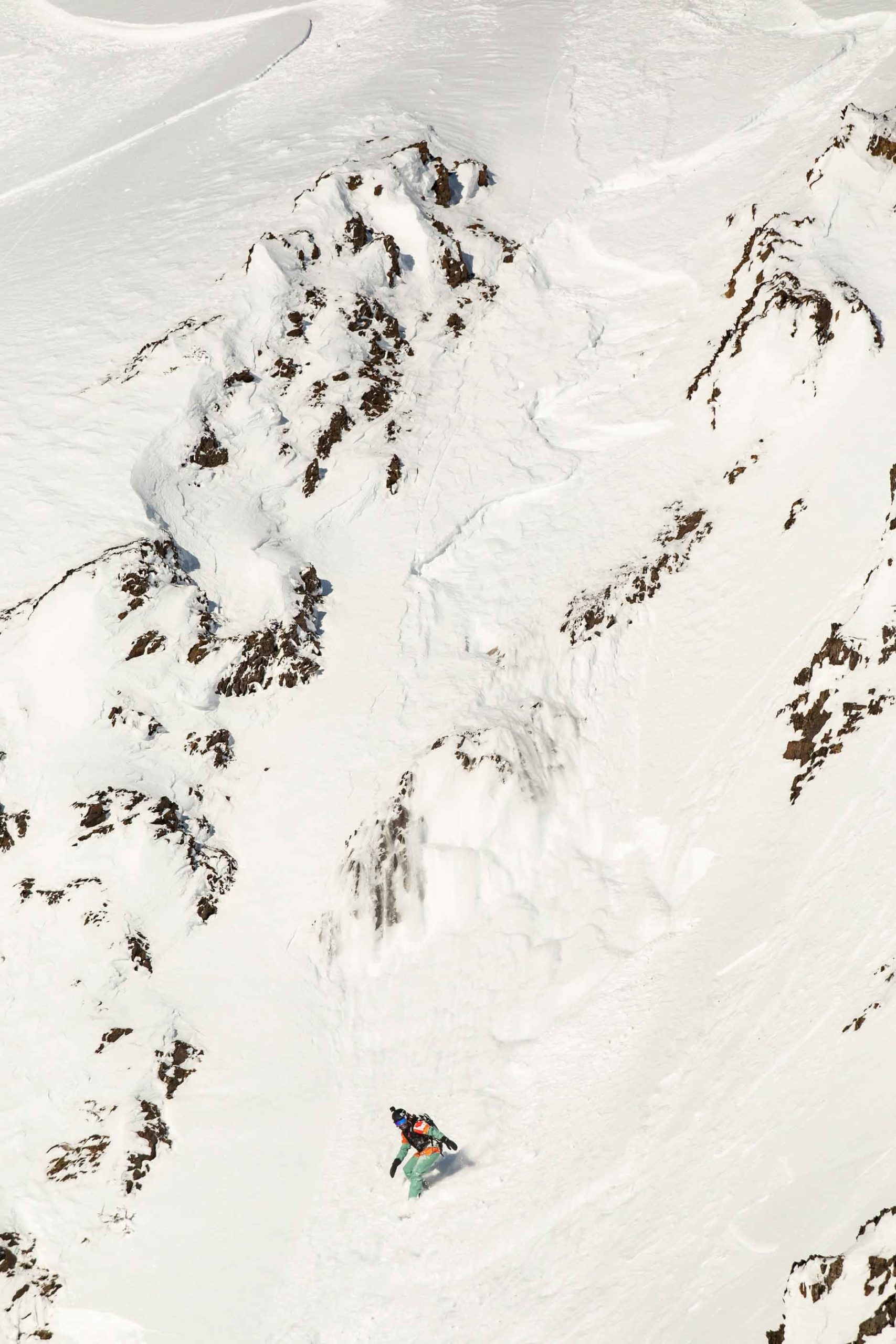 Kicking Horse began hosting freeriding events in 2009 with their Wrangle the Chute competition. Prior to the event, buzz about the terrain at Kicking Horse spread through word of mouth from likeminded enthusiasts. The addition of a competition helped openly advertise that Golden has spectacular big mountain terrain. Wrangle the Chute has now become a Freeride World Qualifying event (for a breakdown of the pyramid of Freeride events, click here).

Building on the success of Wrangle the Chute, Kicking Horse also hosts a Freeride Junior National Event, for competitors under 18 years of age, and the crowning jewel of international freeriding competitions: the Freeride World Tour. “In the case of the Freeride World Tour, the organization seeks out the best possible terrain that allows them to logistically pull off the event,” says Toby Barrett, Revenue and Guest Experience Manager at Kicking Horse Mountain Resort.

The addition of this prestigious event both establishes and confirms Kicking Horse’s place among the greatest ski resorts in North America and the world. “These events help us tell the story of what the resort has to offer and what the brand is about. Big mountain terrain is what we have, and these events showcase our assets and help that message spread far. The Freeride World Tour has the greatest reach. Through their marketing and storytelling, we are reaching markets we wouldn’t reach otherwise,” Barrett says. 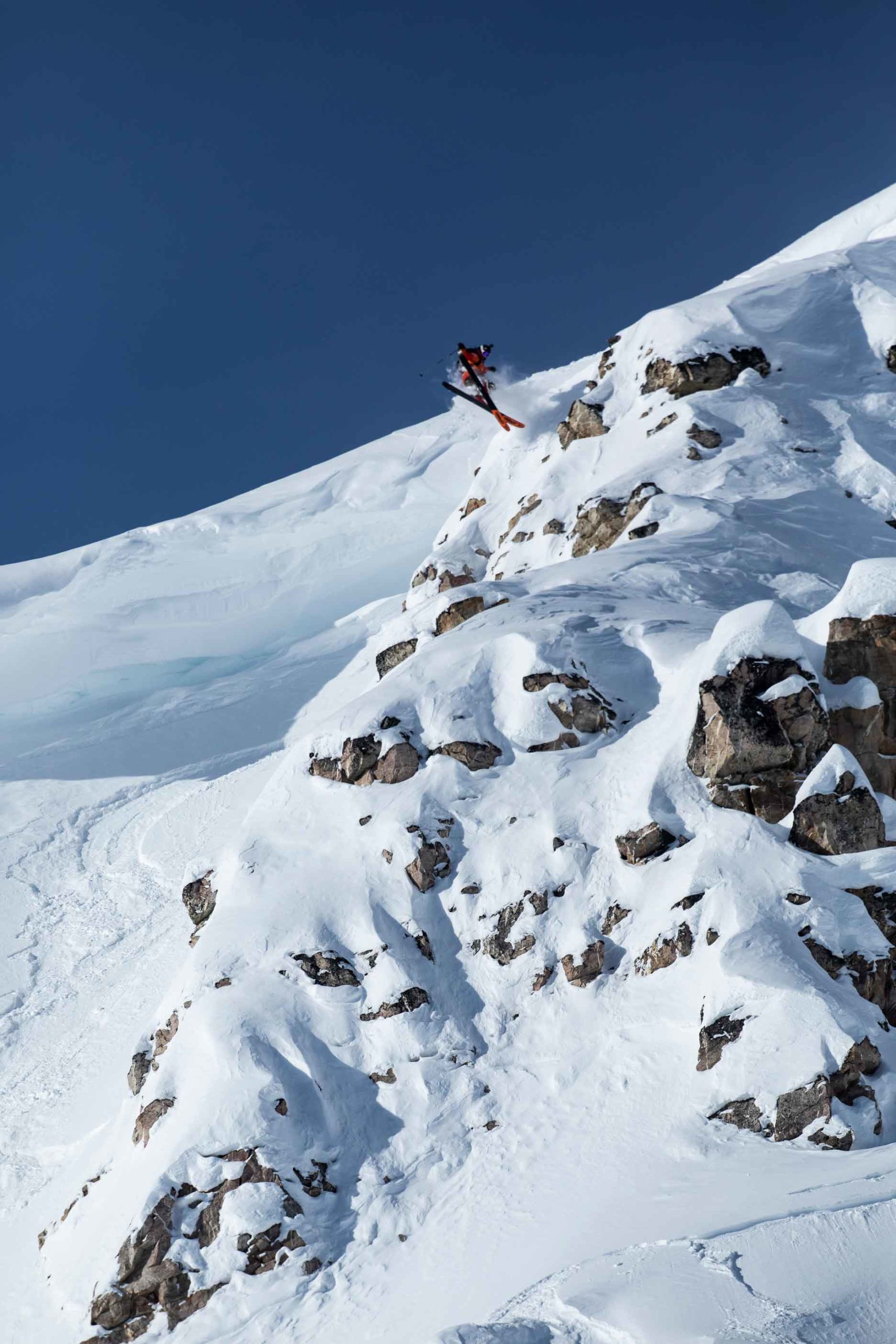 From the Freeride World Tour, 2019. Photo by Dom Daher

Freeriding in Golden isn’t limited to the world’s best, however. “Freeriding attracts people who are passionate about spending time in the mountains, riding and skiing to the extent of their abilities and pushing to progress and try something new. They are adventurers who want to ski down a face in a way they’ve never seen done before,” says Barrett.

Even at the top levels, the desire to constantly improve drives the athletes, more than the competition against each other. “You’re competing against yourself, your capabilities, your knowledge and your experience,” says competitor Michelle Lock in an interview before leaving for the first Freeride World Tour event this year.

“It’s just a competition between you and the mountain.”