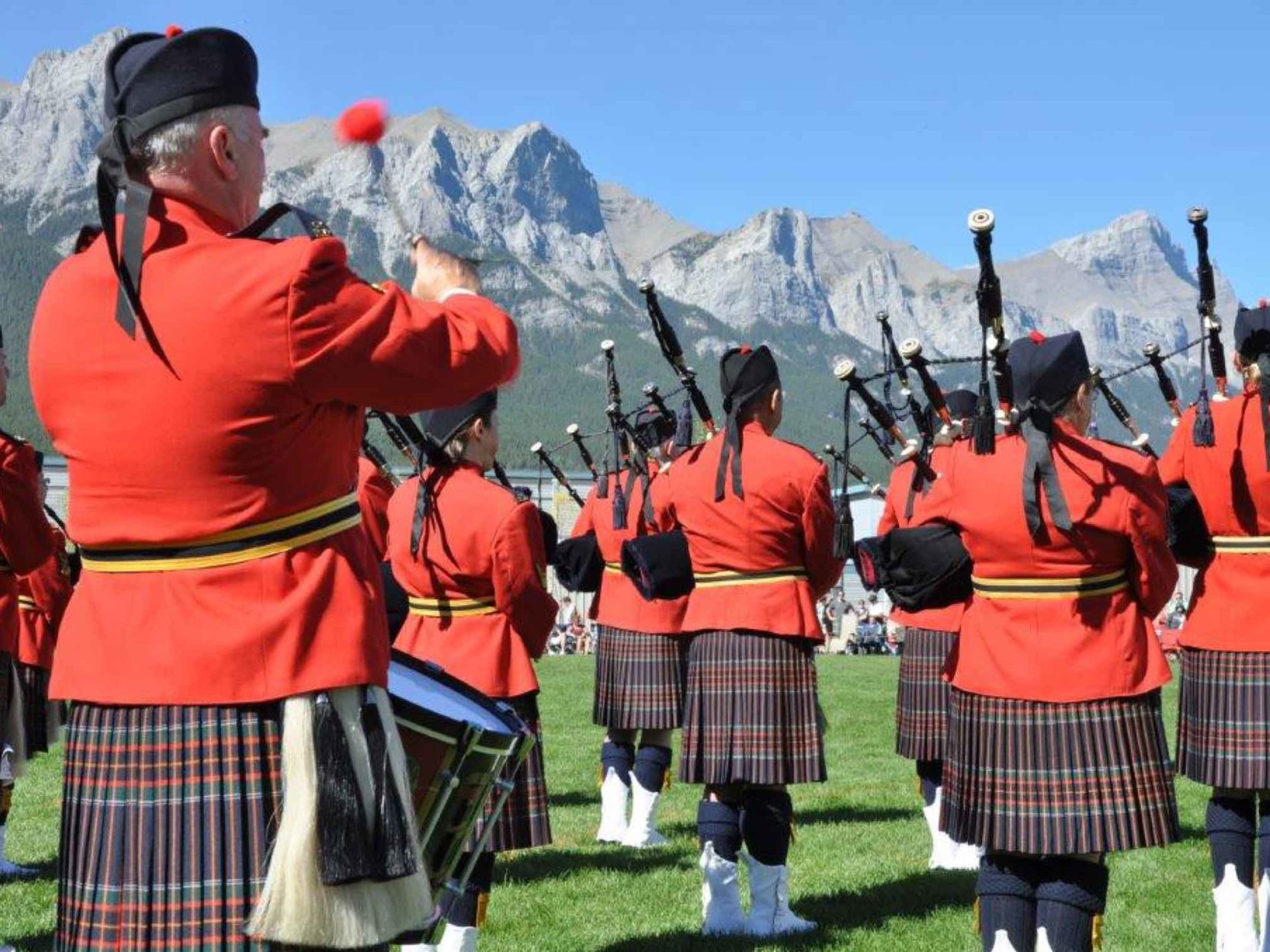 From August 31 to September 1, 2019, the Town of Canmore hosts its popular Highland Games event. 2019 will mark 29 years of providing visitors with sights and sounds of Canmore Scottish history. Of the many exciting events in the area, the Highland Games stands apart as being authentically Canmore.

It's not solely the games that give this small Rocky Mountain town it's unique Scottish character. Other aspects of the town from its namesake to one of its premier hotels and public art are also emblematic of these roots. In honour of the games, we have looked into what makes Canmore Alberta so Scottish.

The first step to understanding the presence of Scotland in Canmore is to look at Canadian history as a whole.

The first clue comes from the long-standing trend of Scots emigrating to Canada. According to the Canadian Encyclopedia, “The Scots are among the first Europeans to establish themselves in Canada and are the third largest ethnic group in the country.” Scottish names are very common in Canadian history; for example, our first two prime ministers, Sir John A. Macdonald and Alexander Mackenzie, were born in Scotland.

The railway brought Scottish workers to Canmore because there was plenty of work in the coal mines. In 1884, Canmore was named by Scotsman, Donald A Smith, who was a high-ranking employee of the Canadian Pacific Railway. Two years later in 1886, Queen Victoria granted a coal mining character to Canmore.

This booming new industry brought many Scots out west to seek better opportunities and many settled in the area around Calgary and Banff National Park for a better life. Their presence permeated the culture of the Bow Valley town and that presence can still be seen today.

Even the name 'Canmore' is rooted in Celtic history. The name comes from the Gaelic “ceann mór”. Ceann means ‘leader’ or ‘head’ as in head of state. Mór means ‘pre-eminent’, ‘great’ or ‘big’. This also happened to be the nickname for King Malcolm III of Scotland, who reigned between 1058 to 1093.

Everywhere you look you’ll find Canmore Scottish history. One of the most notable nods is the ‘Big Head’ statue on main street. The Malcolm Hotel in Spring Creek is another reference to the king. They even have a large portrait of the man hanging in their main entrance hall.

A third connection to Scotland comes from the Highland Games themselves. The original Highland Games were orchestrated by King Malcolm. Back then, the games were intended to be a royal competition to find the strongest and fastest men in the area to be the king’s footmen and messengers. Held on flat grassland, many of the iconic heavy sports like the caber toss were meant to demonstrate the physical prowess of the contestants.

The Scottish heritage found in this valley town provided inspiration for Canmore Highland Games creator Don Garen. It is perfect then that the Highland Games designed by King Malcolm, Ceann Mór, would be hosted in the town that bears that name.