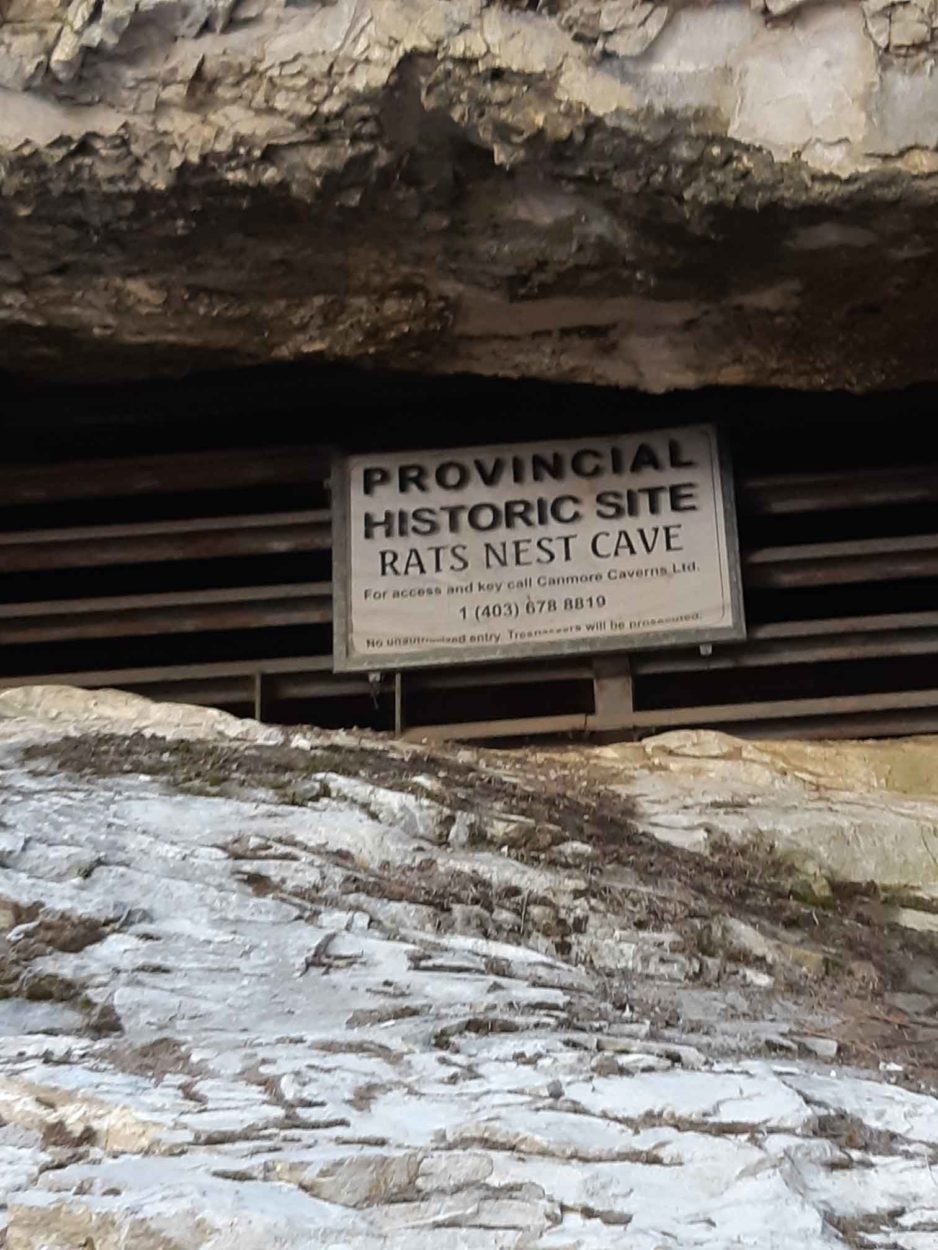 I had the pleasure to take part in an Adventure Tour with Canmore Cave Tours. This is a Canadian Rockies signature experience and the longest tour they offer. You can expect to spend about four hours underground on this tour.

I’ve been to Rat’s Nest Cave once before with my good friend Max Koether, many years ago before Canmore Cave Tours really took off. Several years later, I have come back with Max, who is now a certified tour guide.

These tours demand a degree of physicality that some people might not expect. Max sees physicality as an opportunity, he says “We could hand people an easy experience or we could give them a challenge where they’ll be transformed by the experience.”

My group met at the Canmore Cave Tours office and outfitting location. Introductions were made, waivers were signed, packs were packed and then we headed off to the trailhead.

The tour began with a short, but fast climbing hike up Grotto Mountain. Max would occasionally stop to give exuberant descriptions about the geology of the area which included local fossil samples. The hike up is truly beautiful, and we were very fortunate to come up on a gorgeous fall day.

At the cave entrance we dawned our coveralls, cowtails and knee pads and made our way into the mouth of the cave. Max told us the story of the Pelican Lake First Nations who journeyed to the cave to make offerings to the spirits within the mountain. We were shown replica arrow heads that demonstrated what superior hunters they were.

Max was very keen to emphasize safety on our trip. He advised us to look out for one another and take things "slow and low". Upon entering the cave our first stop was the rappel. Feeling bold, I volunteered to go first. It was really awesome to plunge into the darkness with only my light to guide me. 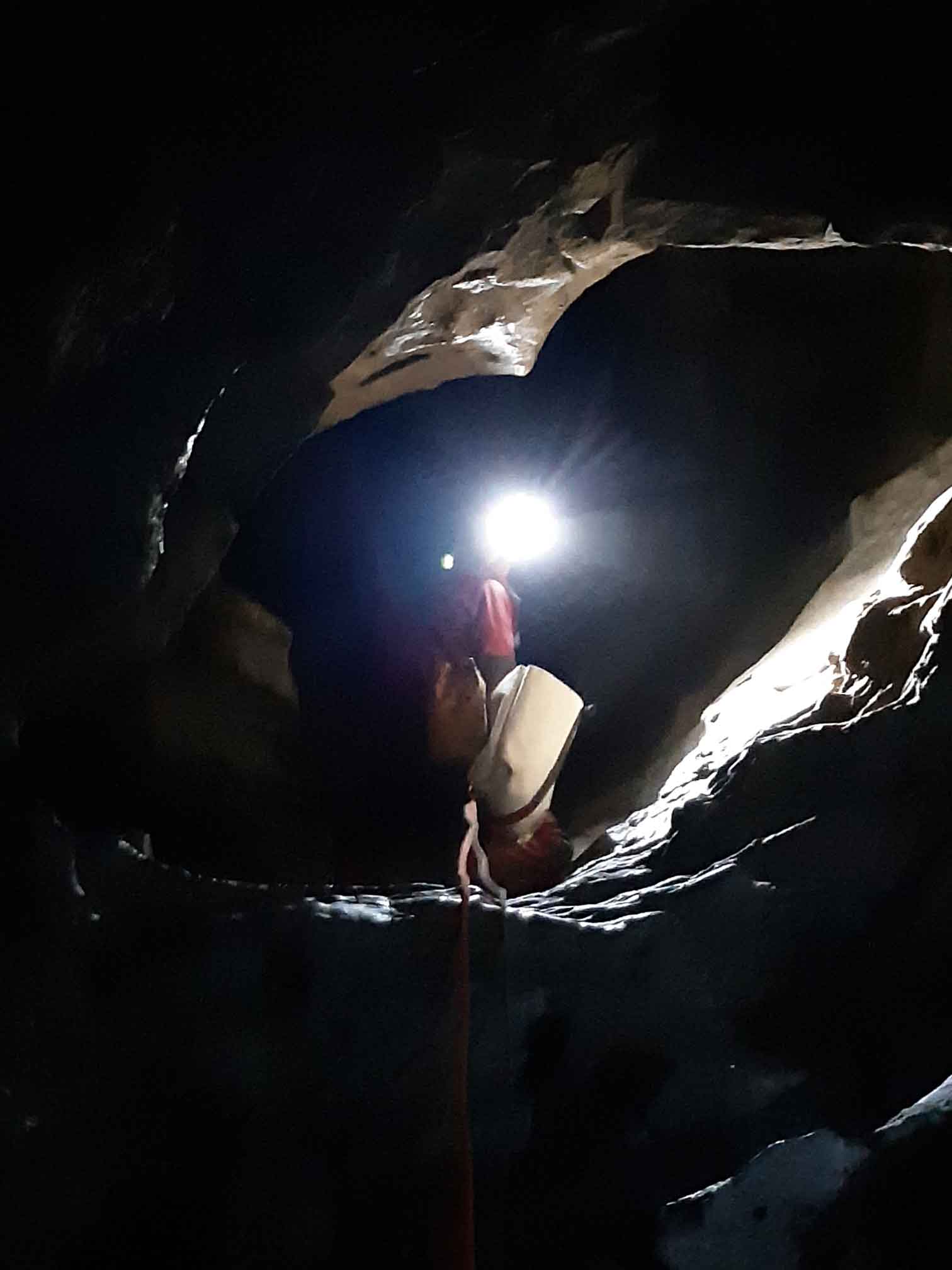 Since I was the first down it was a great opportunity to spend some time in the dark alone which is one of the best parts of the experience. The cave is very serene in the dark, and also surprisingly comfortable. I'm a bit experienced with ropes and carabiners, so Max had me unclip my fellow cavers when they reached the bottom.

Next, we did some squeezes. These are optional if you feel a bit too claustrophobic, but where’s the fun in that? The first was easy since the passage is the size of a manhole. I had a bit of a harder time on the second one. Max’s philosophy about the squeeze is the belief “of using your body to solve problems” and the mantra of, “If you think you can, you can; if you think you can’t, you can’t.”

These ideas and the encouragement of everyone helped me wiggle and scrunch my way through. The third squeeze was the 'Laundry Chute' which is the highlight of the cave. This squeeze was a total cakewalk and it was by far the most fun. Beware the wedgie though.

After the chute, we scrambled into a fairly large tunnel. One of our group suggested that we move along this section with our lights off, which we all agreed to do. One thing I noticed when I was in total darkness was that I felt as if I could see the outline the cave walls. Max said this phenomenon is a very rudimentary form of echolocation. It was quite fun moving along in the dark on all fours with only the voices of the group and my groping hands to guide me.

This tunnel led us to the Grand Gallery which is where Canmore Cave Tours hosts their special events. Located ten stories underground, it is the largest chamber of the cave and it’s about the size of a small church. 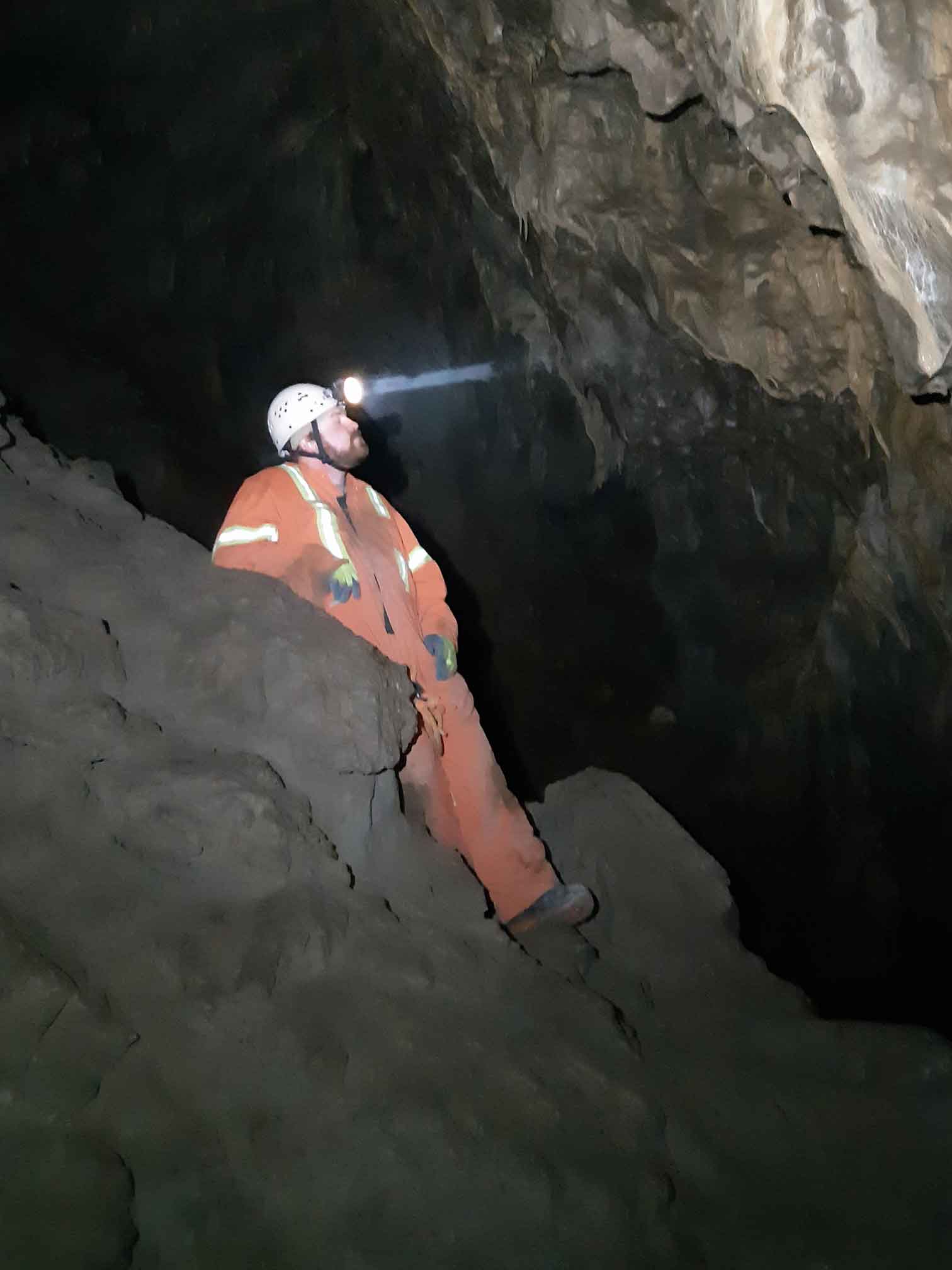 They manage to haul instruments, projectors and recording equipment into this space to put on music shows and meditation events. According to Max, the echo in the gallery doesn’t distort the music at all, but rather, it provides a gentle background hum.

Off the gallery is the Grotto. The area looked like an alien landscape to me. Apparently, moisture in the cave alters the compounds within the limestone which gives it this otherworldly appearance.

Melt waters feed this area making a symphonic dripping noise dubbed ‘The Voice of the Mountain.’ The dripping sounds also have a different pattern every day. I recommend shutting your light off and listening to the sound of dripping water. This serene majesty of the cave is what Canmore Cave Tours wants to show its guests.

Our last stop on our way back to the surface we stopped by another whimsical feature called, ‘The Lucky Nub.’ It’s a nub of rock in the centre of a big slab of stone large enough to lie on. As we gathered around, we were told to rub the nub for luck. 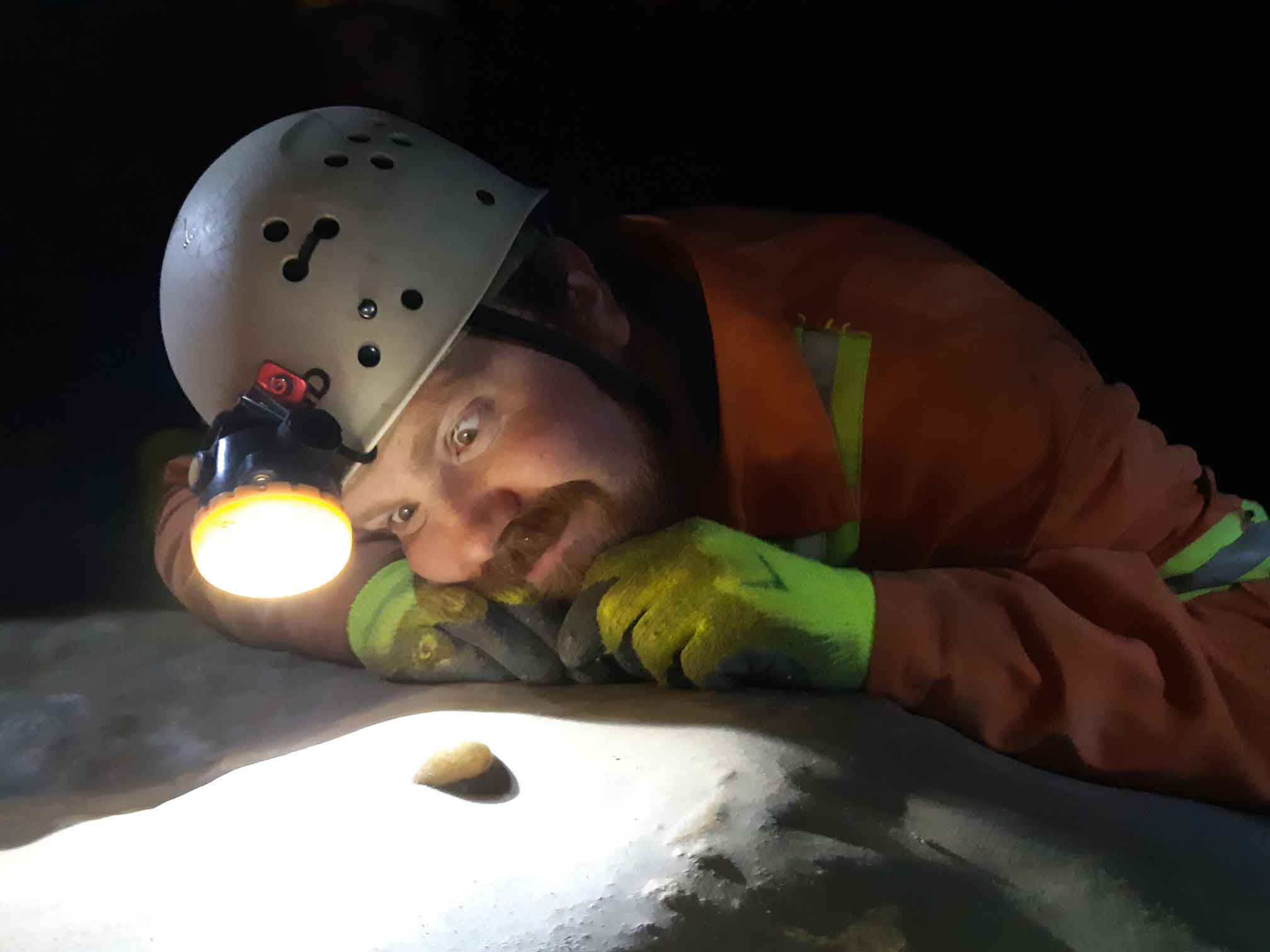 Max pulled a small UV light out of his pack and began to rub it against the nub. He explained that the light activates the acids inside the stone, which makes it glow a greenish colour. If you know the colour, you know the climate of the world above when the nub was formed. “It’s a form of time travel” he told us.

After a bit of climbing we were back at the entrance. I was very grateful for the daylight and fresh air, which surprised me a bit. Later on, I asked Max what was behind his reverence for the cave and he told me, “The experience of the cave comes from within, and each of my guests experiences it differently, and so do I.”

Now I understood why I felt the way I did when I came up, I was deprived for these things I take for granted every day and when I emerged, I had a new appreciation for them. The cave really is a special place. I recommend you make the trip Canmore Cave Tours if you’re up for a challenge and a true one-of-a-kind caving experience.